I’m sure you know Backcountry as one of the largest online outdoor retailers on earth. They have been doing it since 1996, but it wasn’t until 2018 that they decided to make their own line of clothing. They figured they knew the space best and used their own Gearheads or product specialists in the development of their own branded gear. That leads us to just 2 short years later having yet another great choice of gear to buy from Backcountry.com.

We got a few pieces of gear from Backcountry’s spring line to wear and tear out on the mountain bike. On the bottom we tried the Empire Bike Shorts. What drew me to these mountain biking shorts was the color palette. Not just the Empire, but the entire line. For a while the industry went wild and neon, they are now starting reel it in a bit. The earthier and more neutral tones are really Backcountry’s calling card in my opinion.

So how do the Empire Mountain Biking Shorts function?

They function just as you think they would and that’s great. The cut leaves them a little long and they land just at the knee cap. Normally this would annoy me during the course of my pedal stroke. However, with the supple material, it left me nothing to fuss about. The shorts also come ready to hug your hips with a couple low profile velcro straps. These straps are perfect to let out a little room after you get some post ride beer in you. I was also impressed in how much thought went into the cut and seams of the short. It functioned very naturally due to the cut of each panel and how it laid across my hips and thighs. Pockets? yea, it’s got 4 of them, 2 zips and 2 not. I normally wear 32-33 on the waist and got mediums, I would say that’s the limit.

Is a bike jersey just a bike jersey? Well, not when it fits so well. I am 6’0″ 165 and again got a medium. With my build I could have got a large and would have still been happy, but the medium fit nice and trim and stayed out of the way.

The jersey is 100% polyester and aims to be worn more in the summer months being as it is very lightweight and breathable. It is moisture wicking and quick drying as well so you don’t get the chill when you are sweating hard and stop for a break. I again liked the color of the jersey because not only did it work perfectly with the green in the shorts, it wasn’t neon pink with some 80s style graphics. It had just enough… what do the kids say now-a-days… Pizzazz? Yea, it had just enough pizzazz to add a little spice to the look without going overboard. I would wear the White Rim Jersey on any mountain bike ride and be confident in wearing it to the pub afterwards.

CHECK THEM OUT ONLINE

Backcountry
About Adam
He is the one that started this whole thing. His passion for sharing the outdoors is unparalleled. Seriously, who starts a whole website just to share news and gear reviews? This guy! He has ridden his bike across Colorado, climbed to the summit of Denali and got 2nd place in a 5 mile trail running race.

Chums: Every Style, Every Outdoor Pursuit

We will be happy to hear your thoughts 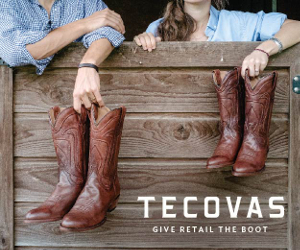